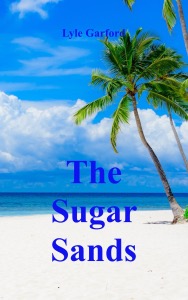 In 1773 when twenty year old Lieutenant Owen Spence is wrongfully dismissed from the British Royal Navy he finds himself set adrift on the Caribbean island of Jamaica.

Alone and despairing for the future Owen is desperate to find work, for he has minimal resources. Aided by a Spanish woman who becomes his lover he finds work ferrying sugar along the Jamaican coast for a plantation owner, but he abhors slavery and knows the life is not for him. His fortune changes when he meets an uncle he hasn't seen for years and is offered work as a merchant Captain trading goods throughout the Caribbean and America.

What Owen doesn't know is his uncle is a spy for the British Foreign Office and he wants to recruit Owen to help.  Owen is soon in the middle of growing intrigue, for French and American spies are plotting against the British to bring about the birth of a new nation. Owen is torn by the growing conflict like so many others throughout the Caribbean as he struggles to save countless lives by uncovering and stopping the plot.

The Sugar Sands is the first of three books in The Owen Spence series. Watch for The Sugar Storm and The Sugar Wind coming soon.

Want to read the first chapter? Click Chapter One for a downloadable pdf file and enjoy!