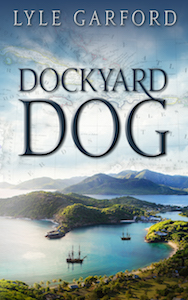 In 1784 when Lieutenant Evan Ross is badly injured in a fight with British Royal Navy deserters his Captain abandons him in the Royal Navy hospital on the Caribbean island of Antigua.

Upon recovering he meets Captain Horatio Nelson, newly appointed to command of the Northern Leeward Islands squadron and the Royal Navy Dockyard at English Harbour in Antigua. Nelson's primary task is stamping out rampant American smuggling activity. But to succeed, Nelson needs information.

Lieutenant Ross serves as a spy for Nelson against the smugglers, but they aren't his only foe. French and American spies supporting the smugglers are playing for far higher stakes, sowing the seeds of violent unrest. Lieutenant Ross is soon in the midst of desperate action and working with a beautiful slave woman to gain information as he struggles to stop to their plot.

Want to read the first chapter? Click Chapter One for a downloadable pdf file and enjoy!

If you are on Goodreads check out Dockyard Dog's ratings and reviews. 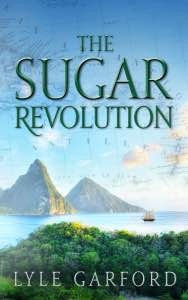 In 1787 when a family of rich, young French nobles are inspired by the Marquis de Lafayette to serve the cause of liberty, they travel to the island of St. Lucia to promote freedom from slavery throughout the Caribbean.

The head of the family, Anton de Bellecourt, is willing to try diplomacy, but he knows it will take more than talk to achieve success. In secret he is soon distributing weapons to runaway slaves on both British and French islands, using fear of a slave revolution to force plantation owners to change.

With plantations burning and owners murdered in their beds, Commander Evan Ross and Lieutenant James Wilton are tasked with finding out who is behind the violence and ending it. But French and American spies are prowling Caribbean waters and more is at stake than Commander Ross knows. With the beautiful former slave Alice the two officers are soon in the midst of a tangled web of conflict and desperate action, as cannons blaze amid bloody struggles for freedom. 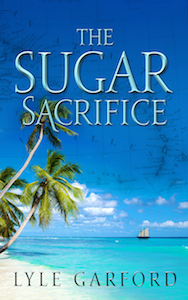 In 1793 the world is on the brink of war and the French Revolution is inspiring a storm of unrest throughout the Caribbean. A representative of the new French revolutionary government arrives to assume command of the island of St. Lucia and royalist supporters are forced to flee or be sent to the guillotine brought with him.

Staunch royalist supporter Captain Marcel Deschamps is imprisoned on St. Lucia as a spy for the British. Commander Evan Ross and Lieutenant James Wilton are tasked with finding out what has happened to their source and saving him if possible. While on reconnaissance their agent Manon Shannon, Lieutenant James Wilton's lover, is captured and imprisoned.

The two British officers plot a high stakes rescue to free their people, but more is at stake than they know. Captain Deschamps has hidden the colony's wealth from the new regime and the revolutionary leaders badly need to find it. The two officers are soon in the midst of desperate action to complete their mission, as cannons blaze amid the bloody opening salvos of war.

The Sugar Sacrifice is the third novel in the Evan Ross series. Here's a great review of it by Pirates and Privateers. Want to read the first chapter? Click Chapter One for a downloadable pdf file and enjoy! 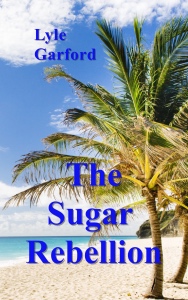 In 1796 war with revolutionary France has turned the Caribbean into a battleground for the last three years. On the island of Grenada a young leader, Julien Fedon, is inspired by the success of the slave revolution in St. Domingue. Taking advantage of the turmoil, his rebel forces strike at their British masters.

With the conflict a bloody stalemate and all except the capital of Grenada under rebel control, the British despair as no troops can be spared to turn the tide. The beleaguered British turn to Commander Evan Ross and Lieutenant James Wilton to infiltrate the rebels, hoping they can learn their plans and find a way to break the impasse.

Lieutenant Wilton successfully infiltrates their foes, but falls in love with the mistress of Fedon, a beautiful mulatto woman serving as a spy for him. With Lieutenant Wilton under suspicion and in increasing danger, Commander Ross is desperate to succeed as the bloody final battle looms.

The Sugar Rebellion is the fourth novel in the Evan Ross series. Want to read the first chapter? Click Chapter One for a downloadable pdf file and enjoy! 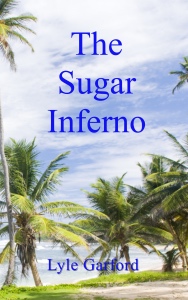 In 1798 war with revolutionary France in the Caribbean is focused on the richest prize of all, the French possession of Saint Domingue on the western half of the island of Hispaniola. British attempts to drive the French out and take control are frustrated by disease decimating British soldiers and by the ferocity of local armies led by rival black leaders Toussaint L'Ouverture and Andre Rigaud.

With the flow of desperately needed riches from Saint Domingue to France badly disrupted a new French administrator is sent to Saint Domingue to assume control. Joining him in support are two devious French spies who British Royal Navy officers Evan Ross and James Wilton have battled with before. But the local black leaders have their own ideas about who should be in charge in Saint Domingue.

British Army General Thomas Maitland seeks to reverse British fortunes with the support of Captain Ross and Commander Wilton. The two Navy officers find themselves in a tangled web of alliances and deadly strife while cannons blaze as they struggle to find a clear path to victory over the French.

The Sugar Inferno is the fifth novel in the Evan Ross series. Want to read the first chapter? Click Chapter One for a downloadable pdf file and enjoy! 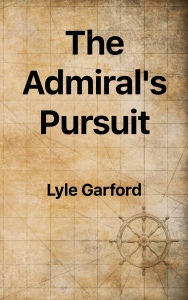 In 1805 the newly crowned Emperor of France Napoleon Bonaparte is focused on expanding his empire even further. His only source of frustration is his record of military successes on land are not matched at sea because of steadfast opposition from the British Royal Navy. Dissatisfied with the lack of results achieved by the core leadership in his Navy, Napoleon launches his own bold, secret plan to crush the stubborn British once and for all.

French Admiral Pierre-Charles Villeneuve soon receives a set of mysterious orders to leave the port of Toulon with his fleet to join with a Spanish squadron and make his way to the Caribbean. He is frustrated the orders give no clear indication of what he is expected to do and he must await future orders from Napoleon. Opposing Villeneuve is British Admiral Lord Horatio Nelson and the Royal Navy's Mediterranean fleet, who follow in hot pursuit.

The Caribbean soon becomes the centre of a desperate hunt to bring the French to battle with Nelson and his fleet. To help Nelson's pursuit Captain Evan Ross and Commander James Wilton must sort through a tangled web of rumours spread by master French spy Hubert Montdenoix. Cannons blaze in deadly strife as they struggle desperately to find the French fleet for Nelson.

The Admiral's Pursuit is the sixth and final novel in the historical fiction Evan Ross series. Want to read the first chapter? Click Chapter One for a downloadable pdf file and enjoy!